“Oh, no!” you think as you glance at the screen midway through your presentation. “This is the wrong slide.” Suddenly, you are keenly aware of all the eyes that are on you and the slowly expanding silence in the room. Your pulse races while your brain comes to a dead stop. The only thought you can muster: “Please, let this be a dream.”

Nobody’s perfect. Mistakes happen to all presenters, but what distinguishes the best from the rest is how they recover. This is where skills from improv can be very handy. I’ve been studying and performing improv for half of my life. I’ve honed my craft at some of the most famous improv houses, including the Upright Citizens Brigade and The Groundlings Theatre. At my current home, Impro Theatre here in Los Angeles, we improvise full length plays in the style of Shakespeare, Chekhov, Jane Austen, Tennessee Williams and other distinctive writers. I was even fortunate enough to land a series regular role on a fully-improvised comedy, “Ten Items or Less,” that ran for 3 very fun years on TBS.

I love performing improv, and I’ve come to appreciate how an improvisational mentality has benefited the rest of my life. I apply the rules and ethos of improv to everything I do, and they are particularly useful when I’m facilitating workshops and presenting. So, I’m delighted to share three rules from improv that will help you handle presenting mistakes with humor and grace.

Let’s begin with an all-purpose recommendation: breathe! When your presentation runs into any kind of pothole, take a moment for a full, deep breath. Your brain needs both the oxygen and a moment to reset. Now you’re ready to start improvising:

Let’s begin with improv’s most famous rule: to “Yes, and…” in an improv scene means to accept whatever your scene partner has said (or done) and to build on it. For example, picture two actors, whom we’ll call “A” and “B,” walking on stage for an improv scene. The audience has been told only that they are pirates. Actor A begins the scene by miming swabbing the deck of a ship:

A: “We must swab the deck or be forced to walk the plank!”

B: “Aye, matey! And we, the only crew the captain has not yet murdered.”

As you can see, not only has B said “yes” to the premise that they are pirates swabbing the deck, he has added more information about what is happening on the ship. 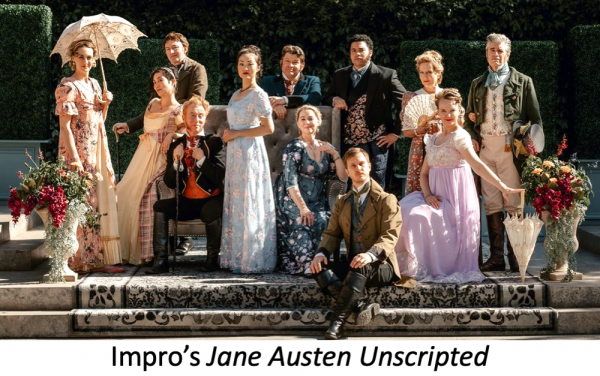 But what if there is a mistake? A few months ago, I was performing in an improvised play, “Jane Austen, Unscripted,” that was staged outdoors, which required all the actors to wear microphones. During a scene, one of the microphones cut out as the actor wearing the microphone was in the middle of a speech. All of us on stage could see the audience leaning forward, struggling to hear his un-amplified voice. This was not the kind of unscripted moment the play’s title had advertised.

But that’s the beauty of the “Yes, and…” training, because another actor broke into the speech, declaring, “Cousin! My hearing is very poor, and I need you to stand next to me and speak very loudly into my lapel!” The audience understood what was actually happening – one actor was telling another to use his working microphone – but the request had been weaved into the story. The line earned a big laugh, and the awkward moment became a display of improvisational skill, which is exactly what the audience came to see.

Now let’s return to your awkward moment: the slide that appears at the wrong time. If you “Yes, and…” yourself, you might say something like: “Okay, this slide actually comes a little later in my presentation, but the point it wants to make is so important, it couldn’t wait any longer, so it jumped into this position. So let’s talk about it.” Or, if it’s too early to make that point, you could say, “There are several important points I want to share with you today, but some of my slides get impatient and can’t wait to be shared, so please forgive this slide for jumping ahead.” Then you can turn and face the screen and scold the slide directly: “Get back where I put you, and don’t do that again!”

As with the faulty microphone, the audience will know what’s actually happening, but they will appreciate your command of the situation – not to mention a little bit of humor – and what could have been an awkward moment will reassure them they are in good hands.

Stephen Kearin, a genius improviser and one of the best teachers I have had the privilege to work with, taught me about “Ramone.” Ramone is the name Stephen has given to his inner critic. Stephen envisions Ramone skulking around, smoking a cigarette and passing judgment dismissively of everything Stephen does on stage. 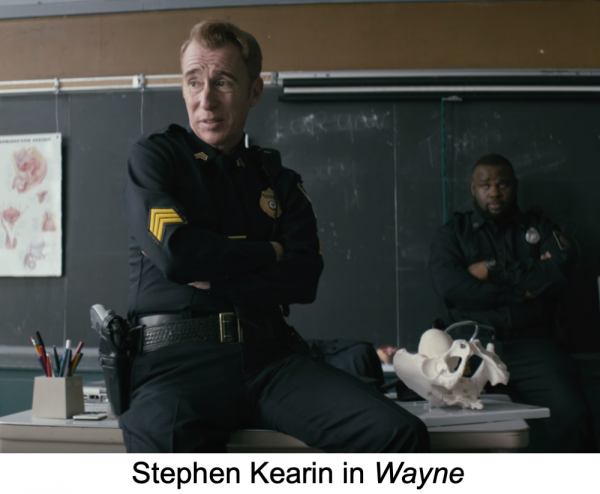 Naming your inner critic and giving them a persona may sound silly, but it works. It allows you to see yourself as separate from that pesky voice of fear and judgment that pounces when you are less-than-perfect. Notice that Kearin doesn’t give his students a trick to make the inner critic disappear. That’s never going to happen. As Kearin says, “Ramone is gonna be on the bus. I just don’t let him drive.”

When things have taken a wrong turn, our inner critic can’t wait to get behind the wheel and drive us over a cliff of despair, panic and self-doubt. If you make a mistake in your presentation and that voice comes in shouting, “You are an imposter. I knew you would make a fool of yourself,” just acknowledge the voice and then tell them they aren’t in charge. “Thanks, Ramone, but you are in my seat. You just hush up and move to the back of the bus.” Then you take the wheel. You got this.

Tina Fey says that in improv, “There are no mistakes.” At Impro Theatre, we say it a little differently.  “Mistakes are gifts.” Years ago, I went to an audition for a part in a comedy. I was nervous. Every audition is hard to come by in Hollywood, so I rehearsed my lines to death and worked with a friend to coach me through the scene. I was epically prepared.

When I got in the room with the casting director, I started the scene. Immediately, I could tell it wasn’t going well. I felt stiff and the casting director looked bored. Then, a miracle happened: I fell off my chair. I was so nervous and shaky, I just slid right off it. The nightmare of nightmares, right?

As it turns out, this mistake woke me up from the zombie-like performance I was giving. I couldn’t help but laugh at myself a bit and relax. Suddenly my senses were alive again. I was back in the room, not inside my head thinking about how badly I wanted this role. The casting director sat up, too. She was now rooting for me. I had a real human moment, and it probably didn’t hurt that it was funny to watch. This was comedy after all. That casting director cast me in the role and called me in for other projects for years.

Your presentation isn’t a comedy audition, but if you can start seeing mistakes as gifts, as opportunities to be human and to bring yourself back into the moment, then if won’t be so terrifying when you make one. 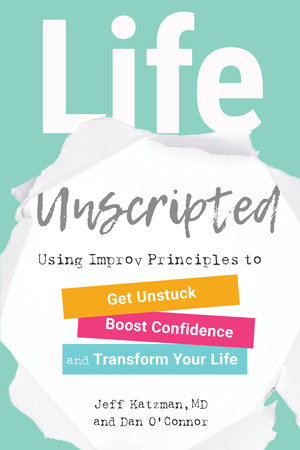 In their book, Life Unscripted, Dan O’Connor, a brilliant improvisor and director, and Jeff Katzman, a professor of psychology, share a game for getting people to be more comfortable with mistakes. “In this game, we ask participants to think quickly of something that went wrong this week, some way in which they failed. When they’re ready, we begin a celebration. One by one participants come to the front of the group and announce their failure with great enthusiasm while taking a circus bow – throwing their hands up in the air (and acting like they just don’t care) and then bowing deeply… everyone [else] claps and responds with wild enthusiasm… This game cultivates the general spirit that mistakes and failures are inevitable, we embrace them and we even applaud them.”

So embrace your mistakes. See them as opportunities to improvise. Applause will follow!

Andy Goodman is a uniquely gifted storyteller.  He is a master teacher and strategist.  And he is a joy to work with, the rare consultant with the ability to make everyone around him smarter (or at least feel that way).  He has helped us find our most powerful stories, tell them in the most compelling ways, and use them to begin to rally a generation.