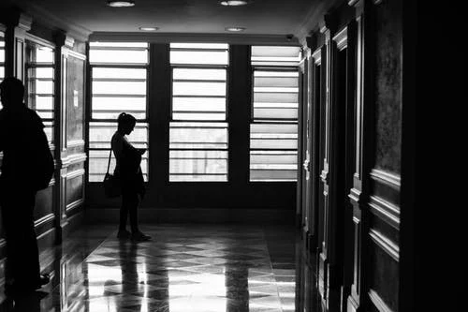 In Case You Missed It: This article is from our October 1999 edition of our newsletter “Free-Range Thinking.” It is a timeless lesson about effective brainstorming and contains one of our favorite stories.

You have a tough problem to solve, so you gather your organization’s most creative minds for a full-on brainstorm. You find a comfortable venue, allow plenty of time, eliminate interruptions, and follow all the rules for brainstorming — but when the session is over, your list of possible solutions isn’t worth the easel paper it’s written on. What went wrong?

All too often, even the best-planned sessions fall into one of brainstorming’s hidden traps: starting with the wrong question. It’s an easy mistake to make, and it can be very costly.

Consider the example of The Paradigm Arms, a 10-story apartment building in San Francisco. (Okay, some names have been changed to protect the metaphor, but the numbers that follow are real.) A single elevator served the building’s tenants who openly speculated that theirs was the slowest elevator in all of California. Eventually, snide comments in the lobby turned into an angry letter to the building’s owners, and the time for action was at hand.

The Paradigm Arms was managed by two brothers, Travis and Fred. Travis, the more traditional thinker of the two, immediately saw the straight line connecting problem and solution. He solicited bids from elevator repair companies to modernize the building’s machinery and increase the elevator car’s speed.

The estimates ranged from $150,000 to $200,000 and Travis, nodding to tradition once again, picked one in the middle. For a tidy $175,000 the Paradigm Arms elevator would receive a brand new motor, controller, hoist machinery, brake, guide rails, counterweight rails, and a spanking new buffer (that thing in the basement which keeps the elevator from crashing through the floor and descending into the center of the Earth.)

The machinery was installed, and Travis used a stopwatch to confirm the elevator was, in fact, a few seconds faster from floor to floor. After allowing two weeks of demonstrably improved service, he surveyed the tenants to ensure satisfaction and was stunned by their responses.

Without exception, the tenants saw no difference in service. “Slow as ever,” was the commonly heard response. Travis was stupefied. His stopwatch didn’t lie, and neither did his bank statement which clearly showed $175,000 less in the building’s account.

While Travis stewed, Fred – the free-range thinker of the two – solicited another round of bids. Within a week, the work Fred had ordered was completed, and now the Paradigm Arms had full-length mirrors on either side of the elevator doors on every floor.

Fred circulated a memo to the tenants advising them that technicians had tinkered with the new motor in the elevator. He assured them that the elevator car was moving faster than ever and solicited their comments. No mention was made of the mirrors.

The tenants comments were once again unanimous: “A vast improvement,” they agreed, with some estimating that waiting times had been cut in half. While Fred beamed, Travis began to think he had crossed over into the Bizarro World.

He took out his stopwatch and confirmed that the elevator car was moving no faster than when the new machinery was installed. He pulled Fred aside in the building’s lobby and demanded an explanation. “It’s simple,” Fred explained. “The question wasn’t ‘How do we make the elevator go faster?’ It was ‘How do we make time pass faster for those who are waiting?’” 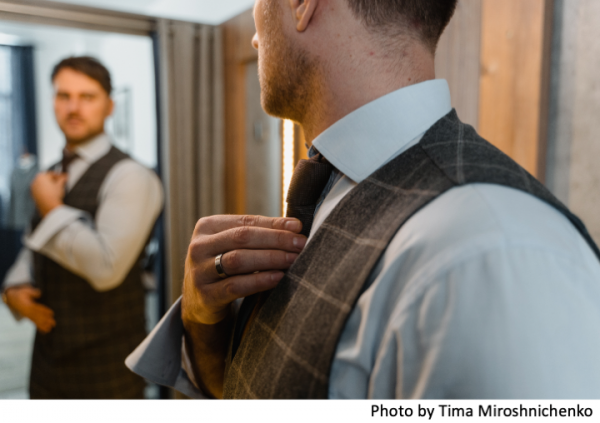 Fred gestured toward the elevators where a man stood staring into a newly installed mirror, inspecting his suit as he waited. The elevator car arrived, and the doors open and nearly closed before the man realized his wait was over. Travis finally understood, but he had one more question.

“How much for the mirrors?” he asked. “Five thousand, two hundred and sixteen dollars,” Fred replied, unable to conceal a smile. “And that was the high bid.”

Special thanks to Star Elevator in Redwood City, California and Goldon Windows & Mirrors in Troy, Michigan for providing the estimates.

I had to give a presentation at a national convening and was very nervous. Thank goodness I had an opportunity to work with Kirsten. Kirsten helped me find my voice, tell the story that was speaking to me, while encouraging me to be unapologetically myself. She went above and beyond to make me feel supported throughout the entire process, even cheering me on during my presentation.  The folks at the Goodman Center are outstanding at what they do!